2017 Youniversal Award and YOU-2 Award 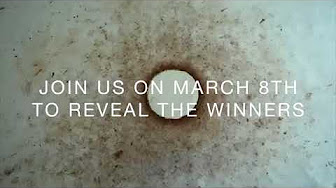 May the Best Exhibition Win…

THANK YOU FOR VOTING! VOTING HAS OFFICIALLY CLOSED

Congratulations to Eleven (11) GFAA Nominees with the HIGHEST VOTES!

The GFAA nominee that received the most votes during the officially voting period will be crowned YOUNIVERSAL Award.

Who is the Youniversal Winner? Join us and find out live at the

(in random order.. your top 11 GFAA Nominees – and one IS the next Youniversal Award Winner)

The Discovery of Mondrian / Gemeentemuseum den Haag / The Hague, Netherlands

Farideh Lashai: When I Count, There Are Only You… But When I Look, There Is Only a Shadow / Museo del Prado and The British Museum / Madrid, Spain; London, England

Wait, there’s more!… there is another Award decided on by the public, called “YOU-2.” This year, Eleven GFAA Nominees were eligible to win, based entirely on the number of votes received during the Youniversal Award.

Youniversal voting has ended! (Monday, January 15, 2018, 6am Eastern – Sunday, January 28, 11:59pm Eastern). All of the 85 Nominees were eligible to win, and voting took place here on the GFAA website!  Everyone was able to vote once a day for their favorite Nominee. Based on YOUR votes, eleven (11) Nominees with the highest number of votes became eligible to win the prestigious YOU-2 Award.

Which of our 2017 Award Nominees will be the Winners? Join us and find out live at the GFAA Award Ceremony on MARCH 8, 2018.

Be among the first people in the world to discover the best exhibitions of the year.

Please support GFAA by attending our Award Ceremony and Gala –  Thursday March 8, 2018. The culmination of the year-long process to discover the best curated art and design exhibitions will be the celebration of all Nominees and the presentation of the Winners of the 2017 Global Fine Art Awards (GFAA). The Award Ceremony will be held at the sumptuous 583 Park Avenue mansion in New York City.

Join the GFAA Leadership Team, Advisory Board and Judges as we celebrate this year’s nominees and reveal the winners of each award. Enjoy passed hors d’oeuvres, dinner and hosted bar.

Meet our “art star” celebrities – and share in the most important evening of the year for the Global Fine Art Awards program.

THANK YOU for voting to select the Youniversal and YOU-2 Awards.

Your voice selects the winners.  The GFAA Nominee that received the most votes will be named the most popular exhibition of the year-